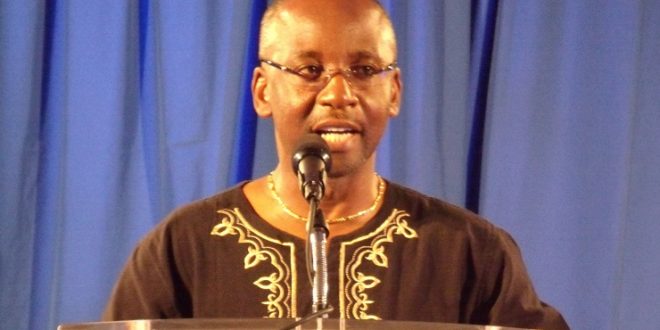 “Put Your Money Where Your Mouth Is!” Barbados Culture Minister Tells Rest of Caribbean

GEORGETOWN, Guyana, Saturday June 24, 2017 – Barbados’ Minister of Culture, Sports and Youth Stephen Lashley is calling on regional governments to redirect some of their resources to the cultural industries if they are truly interested in regional economic expansion and development.

He said funding that was going to some traditional sectors that may not necessarily be bringing in the needed returns could be diverted to the cultural industries.

Lashley was speaking at the 25th meeting of the Regional Cultural Committee at the CARICOM Secretariat in Guyana, which ended yesterday.

He contended that cultural and creative industries hold the key to the urgent diversification of the region’s economies.

“We need not look very far to see the huge economic benefit of this sector to the economies of other countries. For example, the UK’s creative industries contribute almost £90 billion net to GDP; it accounts for one in 11 jobs, a rate rising more quickly than all other parts of the economy. These jobs are also among the least likely to be lost to automation,” he said.

The Minister also pointed to South Africa, which, in its first cultural and creative industries mapping study in 2014, found that the industries had created between 162,809 and 192,410 jobs, about 1.08 per cent to 1.28 per cent of employment in the country, and contributed 2.9 per cent to GDP.

Citing a report from UNESCO, Minister Lashley outlined that the creative economy employed nearly 30 million people worldwide and generated $2.25 trillion in revenue—or three per cent of the world’s GDP—in 2013. This, he said, was substantially more than global telecommunications ($1.57 trillion) and greater than the GDP of India, Russia, or Canada.

Turning to the Caribbean Festival of Arts, CARIFESTA XIII, which Barbados is hosting August 17-27, the Culture Minister said his country is committed to realizing the ideals for which the festival was created: to showcase the excellence of Caribbean arts and culture; to foster a vision of Caribbean integration and unity; and to provide real opportunities for artistic and cultural development in the region.

He said the main focus of the 13th edition of CARIFESTA is on strengthening the region’s creative industries.

CARIFESTA is CARICOM’s premier art and culture festival since 1972. It attracts artists and culture professionals from more than 30 countries in the region and has been held 12 times across eight member states.