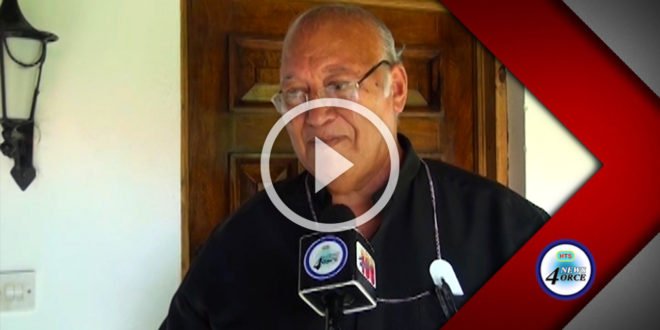 A local businessman and avowed catholic has come to the church’s defence in the DSH letter row amid criticism from some quarters.
Everistus Jn Marie describes Archbishop Robert Rivas’ recent missive on the DSH project as balanced, responsible and timely.
He argues that the church is being demonized for speaking out on important social issues.
Ja Marie warns there could be consequences, if devout followers of the faith begin to construe the criticism as an attack on the church.