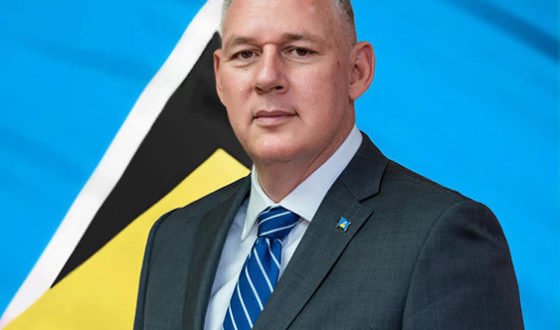 OPM:-Prime Minister Hon Allen M Chastanet took a tour of Victoria Hospital last week, to view firsthand the working conditions of public servants, and to listen to their concerns and challenges.

The tour is one in a series that will allow the prime minister to assess the true state of the public service.

“This tour is about making a connection and understanding the environment in which we are asking people to work every day,” the prime minister said. “Sometimes we review a report and we don’t get a true sense of the situation. I want to have open dialogue directly with the workers, and thank them for their commitment. I know that they are all waiting patiently for the move to the Owen King EU Hospital, and until we get to that point, we have to ensure that they have what they need in order to deliver effective service to the public.”

The Prime Minister visited with the staff of the Victoria Hospital on June 22.

Acting Executive Director of the Victoria Hospital, Brenda Calixte, said the staff welcomed the opportunity to meet with the prime minister.

The Office of the Prime Minister announced in May that the prime minister would embark on tours of various government offices and statutory bodies, starting in June, and continuing through the end of the year.