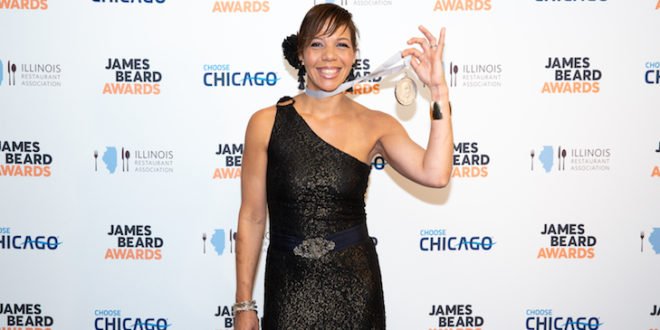 Prime Minister Honourable Allen Chastanet has congratulated Chef Nina, who has consistently highlighted her Saint Lucian heritage and incorporated it into her award-winning restaurant in New Orleans, Compère Lapin, named after the Creole folktale.

“We have no doubt Chef Nina will continue to rise on the culinary stage,” said Prime Minister Chastanet. “As a country we are so very proud of her achievements and this latest award is one of the highest honours for a chef. On behalf of the Government and People of Saint Lucia, I congratulate Chef Nina and I want to let her know how elated we are for her continued success. With her first restaurant Chef Nina made a huge entrance and won several accolades and we also take the opportunity to congratulate her on the opening of her second restaurant, Bywater American Bistro, which is already highly anticipated. Nina is so authentic and truly carries the Saint Lucian flag with her wherever she goes. We could not be more proud as a nation.”

Chef Nina was previously nominated for a James Beard Award in 2017 and has been honoured as a Best New Chef by Food & Wine magazine. The Times-Picayune also named Compère Lapin its 2016 restaurant of the year, the first New Orleans restaurant to receive that honour. Chef Nina was also voted fan favourite on Bravo’s “Top Chef: New Orleans” Season 11.