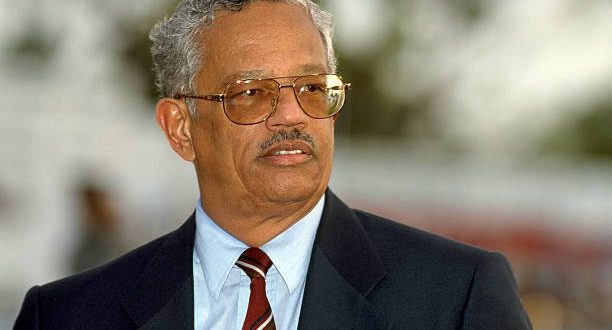 CWI- It is with great sadness that we learnt of the passing of former WICB President Pat Rousseau on Wednesday.

Pat was a strong man, always very focused and determined. He was a sharp legal and business mind, and it was reflected during his time in charge of the organization between 1996 and 2001.

He, along with former chief marketing executive Chris Dehring, was instrumental in signing a record (at the time) international television deal for the WICB, now CWI, with Sky and convincing the International Cricket Council to stage the ICC Cricket World Cup 2007 in the Caribbean.

Pat was also the driving force behind the incorporation of the WICB in November 1998 – starting the transformation of the organization into becoming a more corporate operation – and the permanent relocation of the Corporate Headquarters to Antigua.

He was passionate about his work, he loved life, he was a keen follower of sport, leading to him and Dehring launching SportsMax, the first subscription television network broadcasting sport programming to the entire Caribbean, and he was a great mentor to many people. He will be missed.

On behalf of the Directors, Management and Staff of Cricket West Indies, we honour his legacy and his contribution to the game in the Caribbean and mourn his loss alongside his family, friends and the people of Jamaica.