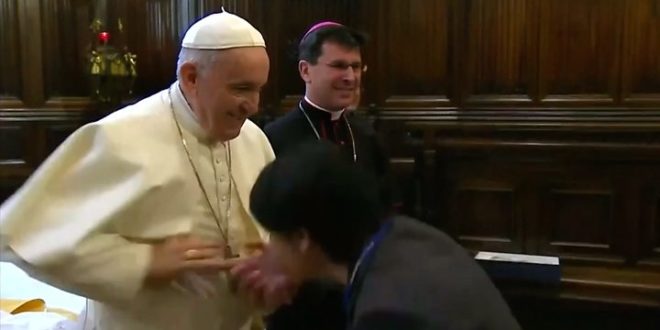 [BBC NEWS – March 28th 2019]:- Pope Francis has addressed the mystery of why he withdrew his hand from worshippers’ kisses, explaining it was a “simple question of hygiene”. Vatican spokesman Alessandro Gisotti said the Pope was worried about germs when meeting Catholics last Wednesday.

Video showing Pope Francis pulling away his hand from people attempting to kiss him went viral. Conservative critics rounded on the pontiff, accusing him of shunning the centuries-old tradition. 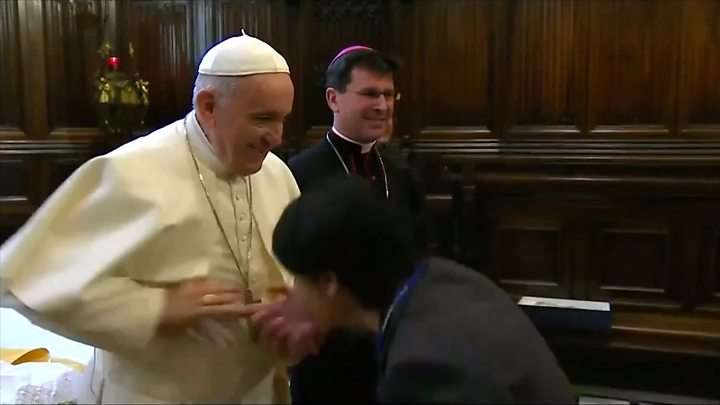 (Pope Francis pulls his hand away from people attempting to kiss it.)

“It was a simple question of hygiene,” Mr Gisotti explained on Thursday, telling reporters that he had asked Pope Francis about it. Mr Gisotti said that with so many people queuing up to see the pontiff in St Peter’s Square, he was mindful of the risk of spreading germs.

The 82-year-old head of the Catholic Church was said to be “amused” by the controversy, a papal aide told Reuters news agency. Mr Gisotti added that the Pope “likes to embrace people and be embraced by people”, and that he was happy to let people kiss his papal ring in small groups. An extended version of the footage that swept social media shows Pope Francis allowing dozens of well-wishers to bow down and kiss his hand without protest.

A day later he was also seen allowing nuns and priests to kiss his hand during his general audience in Vatican City in Rome. The papal ring, worn on the third finger of the right hand, may be the most powerful symbol of a pontiff’s authority. Kissing it – a tradition thought to date back hundreds of years – is considered a mark of respect and obedience. 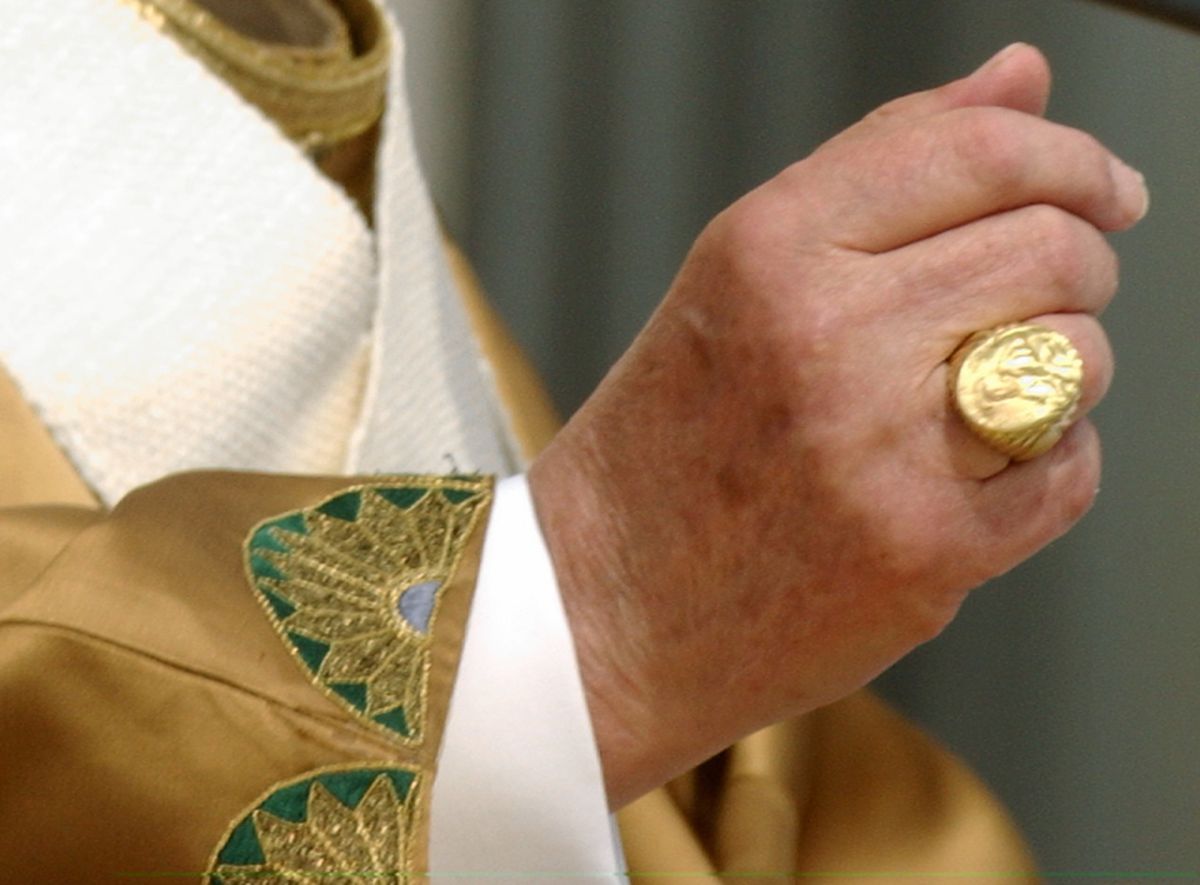 (Papal ring, may be the most powerful symbol of a pontiff’s authority)

As soon as a pope dies, the ring is immediately destroyed in order to indicate the end of his reign.