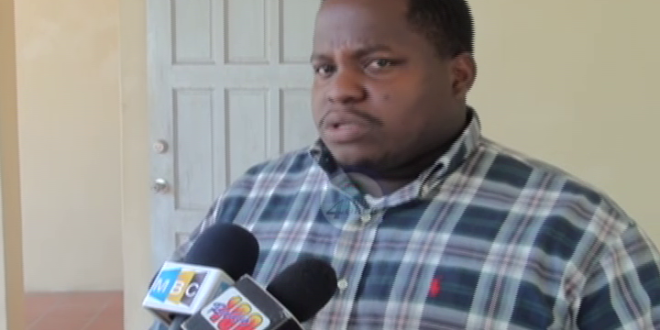 Travis Chicot is the PWA president

The recently elected Police Welfare Association [PWA] on May 3rd met with 10 suspended police officers at Chesterfield to offer support and stand in solidarity in a bid to restore their tenure. Travis Chicot is the PWA president.  Listen below.

The ranks of the suspended officers vary. The Commissioner of Police has authority to order punitive action on police officers below the rank of Inspector. The Police Complaints Commission reports to the High Command on investigations into alleged improprieties by police officers and make recommendations for disciplinary action.

Pay cuts are among the conditions of an authorized suspension.

PWA president Travis Chicot told HTS News4orce some of the lawmen have been languishing on suspension for more than five years. Chicot indicated the PWA is seeking an audience with the relevant authorities in the police force to expedite hearing dates.