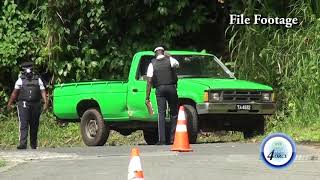 The Royal Saint Lucia Police force is reporting the seizure of illegal guns including a deadly ar-15 assault-style weapon during an operation in Vieux Fort. Authorities have also confiscated illicit firearms in Dennery, which has been plagued by gun violence over the past few weeks. A number of individuals have been arrested and are facing serious charges in connection with these cases.