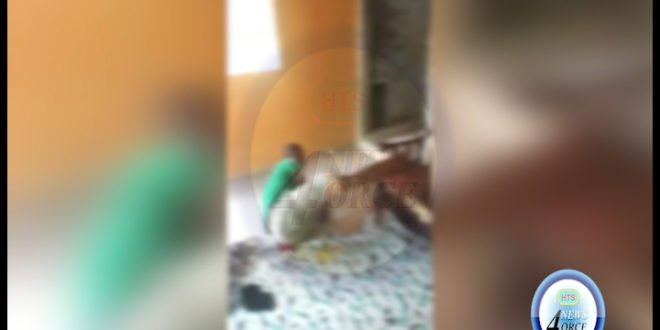 The battle between a dad and daughter which went viral earlier this week has caught the attention of the police.
HTS news4orce has confirmed from police that the fighting father has been arrested and is being questioned in connection with the incident.
Up to news time he had not been charged.