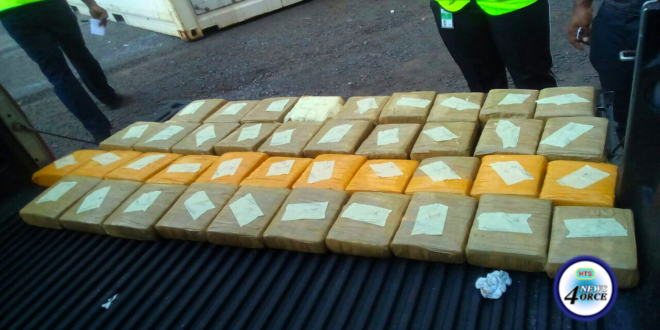 Nationnews.com: Members of the Drug Squad have arrested and charged a Saint Lucian woman for a number of drug related offences.

Pierre arrived at the Grantley Adams International Airport on Monday, September 25, from St Lucia. Having cleared immigration, she proceeded to the Arrival Hall to collect her luggage.

A police dog from the Canine Unit detected the presence of the illegal drugs, and a subsequent search by Customs officials revealed seven black packages each containing cocaine, concealed in false side compartments of her suitcase. Pierre was subsequently arrested and charged.

The estimated weight of the cocaine was two kilogrammes, with an estimated street value of $100 000.

Pierre is expected to appear in the District ‘B’ Magistrates Court later today.