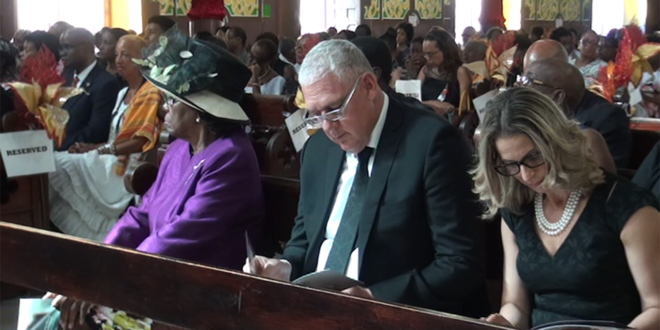 PM TO ANNOUNCE NEW GG IN ADDRESS TO NATION

A new Governor General has been selected. That’s the word from sources in the Office of the Prime Minister.

The long-serving, Dame Pearlette Louisy formally demitted office on Sunday December 31st 2017 after over 20 years in the post.

Although a new head of state has been chosen, Dame Pearlete’s successor has not been sworn into office as yet.

Prime Minister Allen Chastanet is expected to address the nation on the issue of the Governor General this week.