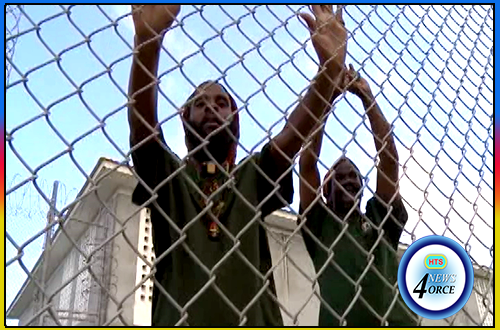 PM: “Security not at risk”

Local security officials as well as the British Government will ensure that prisoners brought to Saint Lucia will be safely transferred and not pose a risk to Saint Lucia’s population.

The British Virgin Islands and Turks and Caicos are facing dire circumstances with securing prisoners following the destruction of some prisons by Hurricane Irma and it is believed that over 100 criminals are on the loose in those countries. Saint Lucia has initially agreed in the first instance to house three prisoners in order to assist our Caribbean friends in need, said the Prime Minister.

Meanwhile, the death toll associated with the Hurricane continues to rise, with 24 people reportedly killed in the Caribbean alone. Prime Minister Honourable Allen Chastanet assured the House of Assembly on Tuesday, that the Ministry for Security, the Royal Saint Lucia Police Force and the management of the Bordelais Correctional Facility have assessed the situation and communicated that Saint Lucia can safely house up to 50 prisoners. The Prime Minister has assured that the transfer will be carefully worked out with the British providing support and will not pose a threat to the people of Saint Lucia.

Prime Minister Chastanet explained that Saint Lucia has been helping in the assistance to islands ravaged by Hurricane Irma in various ways. Saint Lucia has reached out to nationals living in those islands and in some cases arranged evacuation and housing. Through the National Emergency Management Organization (NEMO) and with the assistance of the private sector Saint Lucia has also sent aid. The Prime Minister, who is also Chairman of the Organisation of Eastern Caribbean States (OECS), told the House of Parliament that he saw up close the destruction when he visited Antigua, Anguilla, and the BVI.

“The devastation is very severe,” the Prime Minister said, explaining that in making the decision to accept the prisoners, he considered what would have happened if Saint Lucia was in similar dire need. In times of disaster Saint Lucia also received immense relief and support from the British and the French.

“So the Government of Saint Lucia has agreed at the request of the British Government to take in three prisoners that will be coming in from Turks and Caicos,” PM Chastanet announced. “I have consulted with the Commissioner of Police and the Minister for Security, as well as with the staff of Bordelais. The initial inventory is that if needs be on a temporary basis we have the capacity to house 50 prisoners. In this instance we are only bringing in three prisoners at the first request and those prisoners are going to be coming in from Turks and Caicos.”

The prime minister went on: “Let me take the opportunity to assure all Saint Lucians that your security is not being put at risk. But I think this is the humane thing for us to have done at a time when our brothers and sisters and our friends and family need us the most. It is the most important time for us to stand up and be counted.”