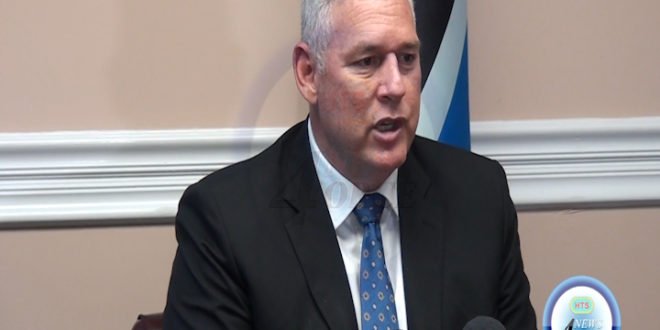 PM SAYS ROAD TO RECOVERY FOR BAHAMAS WILL BE DIFFICULT

Prime Minister Allen Chastanet has told reporters here that the road to recovery for the Bahamas, which has been battered by Hurricane Dorian, will be long and hard.

Chastanet explained that both Abaco and Grand Bahama are key economic drivers for the country.

He said Grand Bahama is one of the largest container ports and has a sizeable hotel plant as well.

Chastanet said that according to reports, some 14,000 homes have either been destroyed or damaged with an initial estimate of some 8 billion dollars in destruction.

“As Prime Minister of Saint Lucia it goes without saying that our hearts and our prayers are with the people of the Bahamas,” he stated.

Chastanet disclosed that he had the opportunity to speak with Bahamas Prime Minister Hubert Minnis ‘a couple of times.’

“Obviously he is very distraught,” the Saint Lucia PM stated.

“This morning he was able to fly over Grand Bahama and Abaco with the assistance of the US government,” Chastanet said.

Saint Lucia was spared major damage when Dorian, then a Tropical Storm, passed the Island.

Chastanet said he was very grateful to the Lord for Saint Lucia being spared.

“But even though you have the Lord on your side, you never know what he has in store for you. You must be prepared,” he asserted.

Hurricane Dorian was moving very slowly north west over the Bahamas Tuesday, leaving devastation and flooding in its wake.

Satellite images showed large areas under water, including the Grand Bahama International airport and the town of Marsh Harbour on Abaco Island, the BBC reported.

Dorian fell in strength on Tuesday to category two, but the northwest islands continue to endure heavy rain, high winds and storm surges