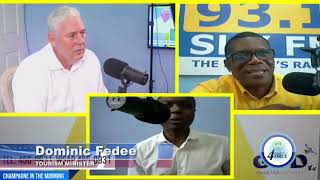 Prime minister Allen Chastanet says the announcement of the election date is his prerogative. The government leader has been subjected to withering criticism for failing to declare the poll date around the 5th anniversary of the previous election, in keeping with convention. Chastanet who has expressed concern about the impact of the covid-19 pandemic on the election, now says he has misgivings about the potential negative effect on the school term.