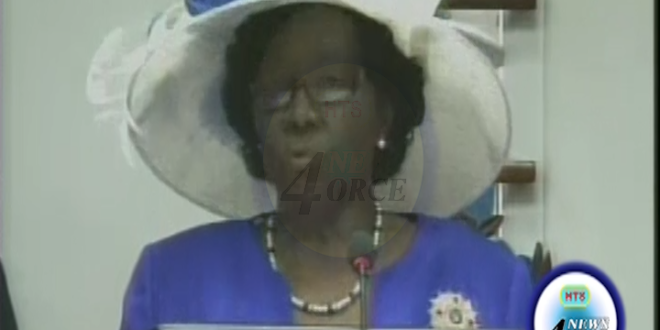 PM RESERVES COMMENT ON REPORTS OF DEPARTURE OF GG

Prime Minister Allen Chastanet on December 5 again balk at questions posed by the media on news that Saint Lucia’s current Head of State could be leaving office sooner than later.

Reliably sources tell news4orce that Governor General Her Excellency Dame Pearlette Louisy has been given a timeline of December 16th to begin demitting office.

The Head of State has reportedly begun arrangements for her departure.

On Tuesday December 5th 2017, Prime Minister Allen Chastanet declined to discuss the matter on the fate of the Governor General.

However, he restated that an announcement will made shortly.

Governor General Her Excellency Dame Pearlette Louisy who has served for over two decades in the Constitutional Post is the longest serving head of state in the Commonwealth.