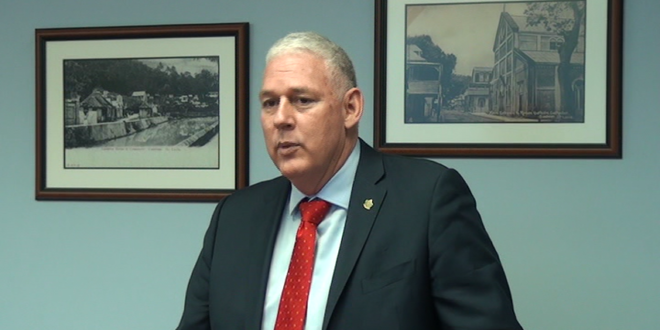 Prime Minister Allen Chastanet says the Insurance Companies are working to compensate the victims of the deadly RG Quarry blast.

A container exploded at the Ferrand estate quarry in Cul-de-sac on March 21st 2017, killing four and wounding over 30 people.

The explosion also caused damage to nearby properties.

Local Police reportedly solicited assistance from outside agencies to aid in the investigation of the blast.

During the latest weekly pre-cabinet news conference, Chastanet stated that his Cabinet would take a closer look at the Explosives Act based on recommendations from the police.

Moving forward, Chastanet says he wants to enhance the nation’s response to catastrophes.

The Prime Minister has assured the public that he will remain on top of the Quarry Blast investigation in order to bring relief to the victims of the explosion.