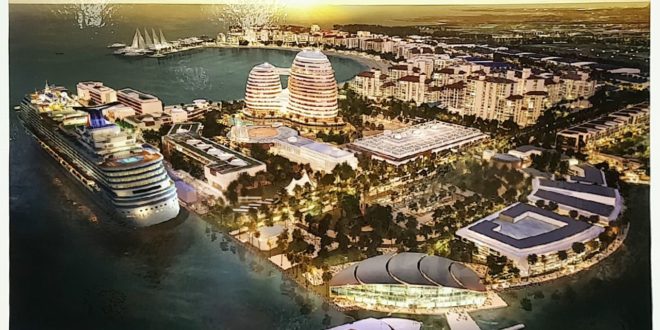 Prime Minister Allen Chastanet has gotten input from major cruise line industry partners on the proposed construction of a cruise ship terminal in the south.

Earlier this month, Chastanet had indicated that he was scheduled to meet with the DSH group and cruise partners to discuss the project aimed at facilitating cruise tourism in the south.

The port might be part of the controversial DSH project at the El-Pirata site in Vieux-Fort. According to the Prime Minister, a major cruise line industry has expressed interest in the project.

The cruise port is all part of government efforts to enhance St. Lucia’s cruise and yachting sectors.