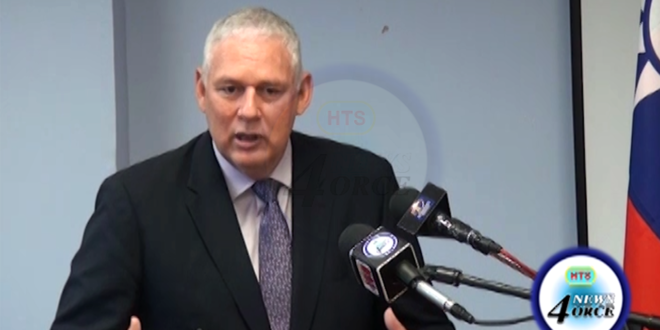 Prime Minister Allen Chastanet has sought to make the case for the Bananes Bay development as part of a broader plan to transform Castries into a full fledge cruise port.

He recently led a number of officials on a site tour of the location earmarked for the proposed project.

Castries South MP Ernest Hilaire who says he welcomes moves to enhance the area in his constituency raised objection with what he claims was a lack of consultation with residents.

Speaking during the latest Taiwanese government cheque handover, the Prime Minster explains that future aid donations from the diplomatic ally will be used for community projects like Bananes Bay.

He says it is about improving the economic environment. The Prime Minister emphasized the importance of attendant facilities, and attractions to draw cruise passengers and crew in port can recreate and patronize local communities.

Chastanet wants communities to retain their rustic appeal while offering first-class amenities. Prime Minister Chastanet says enhancing the aesthetics of nearby establishments is also on the cards.