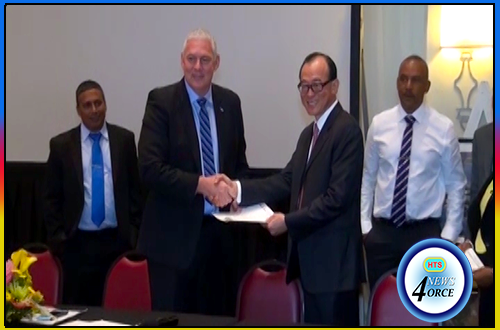 He says the project’s owners continue to accumulate accolades in the international horseracing and investment communities.

He has congratulated DSH chairman Teo Ah King on his recent series of awards.

The US$2.6 billion ‘pearl of the Caribbean’ project was officially launched in July 2016.

The most recent revisions to the development were unveiled to the press in January 2018 and included plans to relocate the Beausejour farms and decommission the Taiwanese government-funded abattoir.