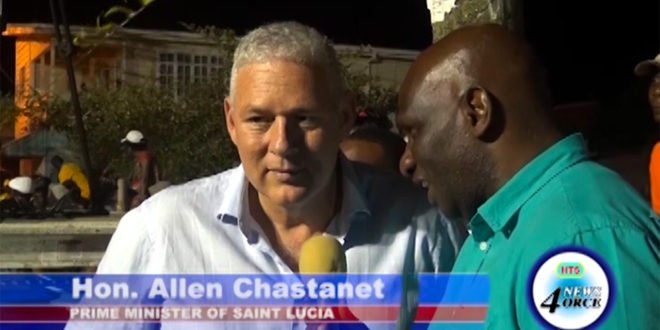 HTS brought wall-to-wall coverage of protest Wednesday in both the north and south of Saint Lucia on multi-media platforms from television, radio and cyberspace.
The views on the contentious arguments put forth by the parties and various interests on all sides of the debate remain split.
Audience feedback on Facebook at HTSSTLUCIA Official, as well as twitter was just as fractured.
Prime Minister Allen Chastanet continues to state his case for investments like DSH.
Stanley Lucien spoke extensively to the government leader moments before the UWP’s pro-DSH rally on Wednesday night.