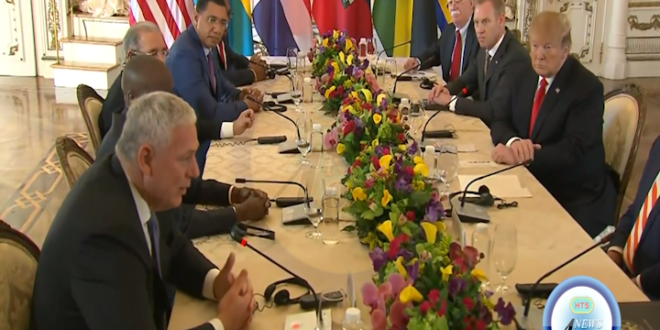 Prime Minister Allen Chastanet has described the March 22nd meeting with US President Donald Trump as ‘promising.’
Saint Lucia’s Prime Minister was one of four Caribbean leaders to meet Trump at his Florida resort. While he refused to respond to criticism of the meeting by Prime Ministers Gaston Browne and Dr. Ralph Gonsalves, he doubled down on Saint Lucia’s support for fresh elections in Venezuela.