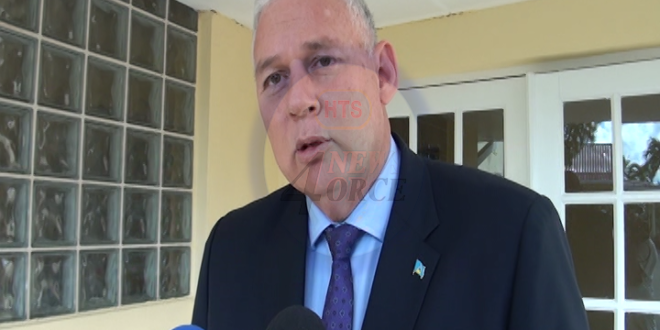 On November 29, Prime Minister Allen Chastanet revealed the $980,000 taxpayer funded technical audit on the long-delayed reconstruction of the St. Jude Hospital has been handed over to legal counsel and a forensic audit firm. Prime Minister Chastanet said his Cabinet is awaiting legal advice on pursuing who he described as the ‘culpable’ parties in the alleged mismanagement of the St. Jude reconstruction project.

The Prime Minister echoed remarks made by Economic Development Minister Guy Joseph who [on November 27] charged that Cabinet has ‘enough’ evidence and is ‘ready’ to exert legal pressure on the culpable firms and agents responsible for the St. Jude reconstruction works.

The findings of the St. Jude technical audit – conducted by FDL Consults- the Prime Minister said were ‘sufficiently damaging’.  Prime Minister Chastanet has disclosed a special committee will be appointed to oversee the legal probe – further details about the members of the committee were not divulged. [Watch video]

Despite demolition proposals first disclosed by Health Minister Senator Mary Isaac in September, the Prime Minister again walked back on the notion and reaffirmed plans to provide the south with a hospital.