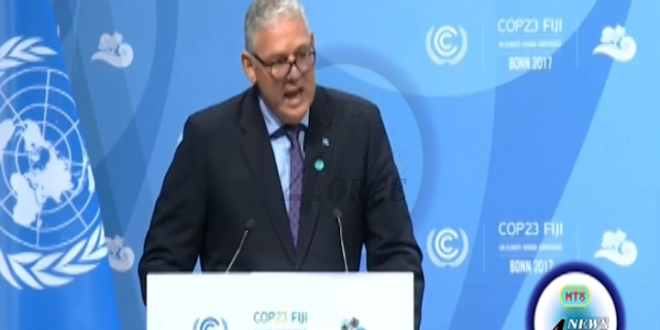 The Saint Lucia Prime Minister is also the lead OECS head of government on climate change.

Pointing to the disastrous 2017 Atlantic Hurricane season, he warned that time is running out for small island developing states.

Chastanet sought to make another persuasive case to scale-up and expedite access to climate finance for vulnerable states.

Chastanet argues that the science on climate change is irrefutable.

In November Prime Minister Allen Chastanet touted the decision by the organisation for economic co-operation and development (OECD), to modify the way small island developing states are bench-marked in order to receive aid.