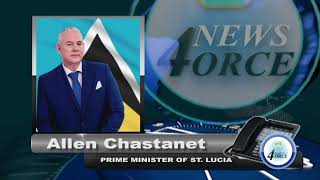 Prime minister Allen Chastanet has once again rebuffed calls for the rebuke of UWP Castries east candidate senator Fortuna Belrose, in the wake of a row surrounding her statements on the electorate in that constituency. On Friday, the government leader took another member of the media to task for questioning the remarks, while drawing reference to the late sir John Compton’s track record as an MP. Critics and opponents have accused the government senator of sowing the seeds of cynicism and political discrimination. However, Chastanet is un-wavering in his support of the culture minister.