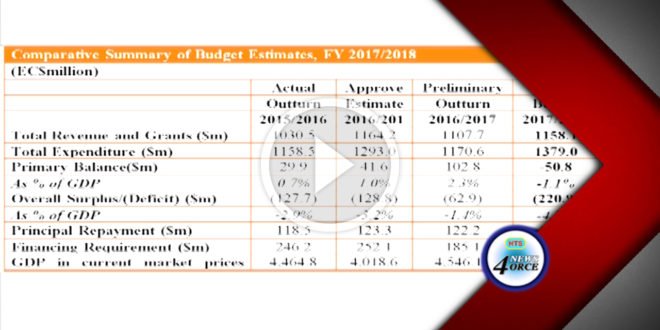 The 2017 estimates of expenditure were tabled in parliament on Wednesday April 26th.

The budget will indicate how the finances of the country will be used and how much money government plans to spend on services it provides, such as security, infrastructure, education and health care.

Prime minister and minister for finance Allen Chastanet says government will finance the budget through a mix of revenue collection, loans from partners, treasury bills and bonds.