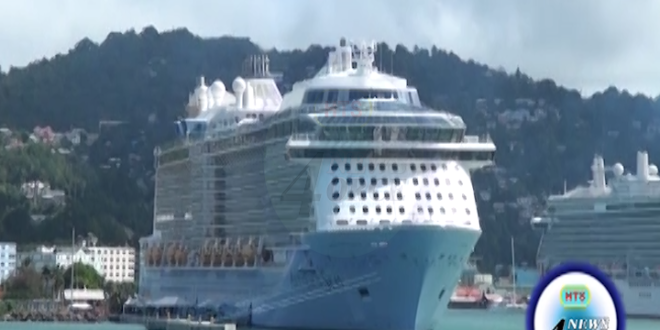 Prime Minister Allen Chastanet is buoyed by the recent arrival of one of the largest cruise ships to ever drop anchor in the Castries harbor.
The “Anthem of the Seas” pulled into port Castries on Saturday January 13th 2018.

Mega cruise ships can now be accommodated in the waterfront, following a multi-million dollar port extension at Pointe Seraphine.

Speaking to reporters earlier this week, Prime Minister Chastanet said that sourcing the funding for the expansion of the berth was a top priority for his administration upon entering office.

The expansion of the berth cost a reported 18.8 million US dollars. The Prime Minister disclosed that the development of a cruise ship home porting facility in the south of the island is also in the pipeline.