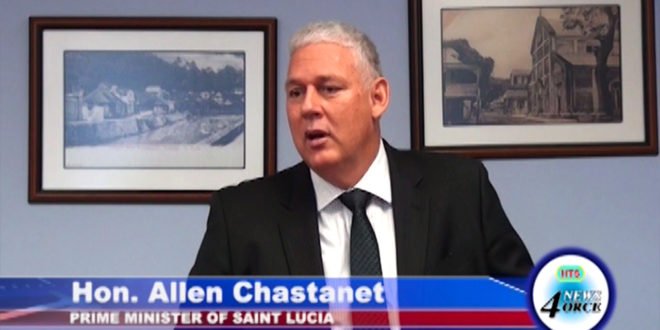 Prime Minister Allen Chastanet is not anticipating any fallout from the increase in the airport tax slated for June 1st 2017.
The UWP government announced plans last year, to reintroduce the airport development charge of $35 and raised the airport departure tax for foreign visitors from $25 to $63.
The SLHTA and the opposition have expressed concerns about the implications for the tourism industry and the economy.
However, during the weekly pre-cabinet media conference on Monday, Chastanet claimed that historically a hike in airport taxes has not deterred visitors.
He assured citizens that holidaymakers are keen on taking advantage of both accommodations and flights.

Chastanet claims that while air travel to the destination is one of the lowest in the region, this is not reflected in the tourism sector.

While the departure tax will take effect on June 1st, the airport development tax has been delayed to January 2018.