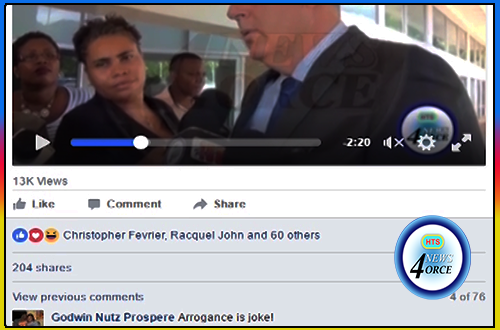 Prime Minister Allen Chastanet is doubling down on his verbal offensive on a young journalist.
On Monday, the PM accused HTS News4orce’s Rehani Isidore of lying and being ‘malicious’ in his reporting.
Chastanet told reporters at a press conference on Monday night that he was upset and is fed up of his name being tarnished.