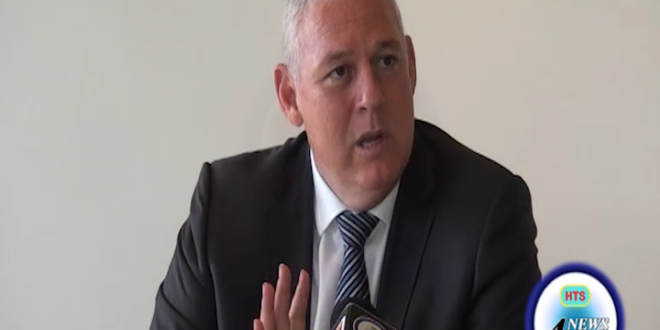 The conference, an initiative of the Judicial Education Institute (JEI) of the Eastern Caribbean Supreme Court (ECSC) is being held from the 23rd to 27th July 2018. The focus of this year’s conference is the implementation of Sentencing Guidelines in September 2018 and training on Intellectual Property.

Sentencing Guidelines are principles which set out the way for judges and magistrates to consider the seriousness of a particular offence and to determine on the appropriate sentence in each case.

In addressing the gathering of magistrates and judges, Prime Minister Chastanet expressed that sentencing is perhaps the most solemn function of a trial judge or magistrate. The Prime Minister encouraged flexibility while adding that this also demands consistency and transparency.

“I endorse the comment that every crime and every offender is different,” the Prime Minister stated. “No two cases are ever the same, but the way a judge or magistrate decides the sentence is the same in all cases. It is for this reason that our Constitutions require flexibility in sentencing by granting to judges options in determining sentence so as to do justice in every case. This is why the modern trend is to devise sentencing guidelines to assist judges and magistrates with their task.

“In recognizing the progressive step taken today, we do not forget, or discard, the earlier guidelines set out in sections 1096 and 1102 of our Criminal Code . . . In the

modern dispensation of criminal justice, we observe that crime affects society on two levels: the community and the victim,” the Prime Minister continued. “Every sentence should therefore address both outcomes.”

The Judiciary now benefits from pre-sentence reports or social enquiry reports, which include a victim impact statement and in some foreign jurisdictions, a report from prison officials. This, the Prime Minister noted, aids the judge or magistrate in imposing a sentence befitting the crime in the context of deterrence, rehabilitation, retribution and prevention.

The Prime Minister advocated for restorative justice “where the harm to society and to the victim is central to sentencing consideration, and not to the old tradition of punishing the offender to the exclusion of all else. Sentencing should not be mainly about punishment and vengeance. It should also be about admonition and correction.”

As he addressed the esteemed audience, the Prime Minister also raised the question of whether sentencing was serving society. Using an example of firearm offenses and the recovery of firearms, Prime Minister Chastanet stated: “We know that firearm offences are a bane of our respective societies and remain so, especially when firearms used in criminal offenses remain unrecovered. Perhaps we may wish to consider whether a defendant declaring the location of the firearm, or from whom he/her got it, can act as a weighty mitigating factor in his/her favour.”