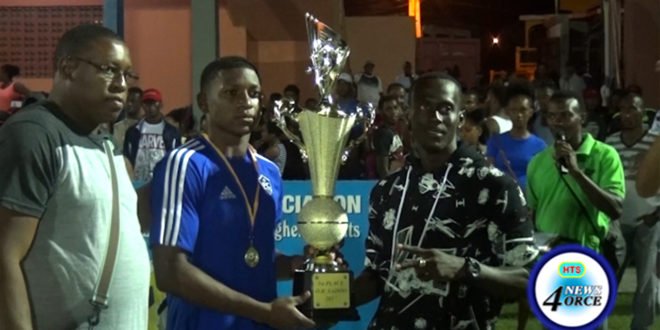 Platinum fc are the champions of the Obie Sadoo Vieux Fort south football league after a victory over uptown on Penalities.
Platinum held their nerve to eke out a win after the two teams were deadlocked at the end of regulation at 1 all.
Kent Edgar and Noah Nicholas were the lone goal scorers for platinum FC and uptown respectively.

2017-07-19
webmaster
Previous Sully takes Road March title, Tribe of Twel is Band of the Year
Next Ballet Instructor Gives Back