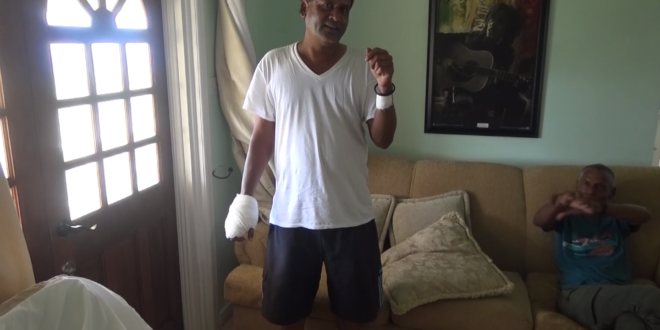 A Pierrot, Vieux-Fort family is counting their blessings after an alleged violent home invasion on June 16th.

Neighbors and victims who were inside the home at the time of the break-in told HTS News4orce several men stormed the house sometime after 11pm after demanding to be let in.

The occupants, three men each senior aged were inside. Leery of possible trouble, they refused entry and at that point, the intruders allegedly began throwing projectiles and debris at the windows and doors.

The siege on the Pierrot home escalated when the suspects allegedly broke through a back door and assaulted an occupant identified as Alpha.  Alpha sustained numerous injuries including lacerations and bruises to his face, arms and legs. The other two occupants evaded capture. Watch video. 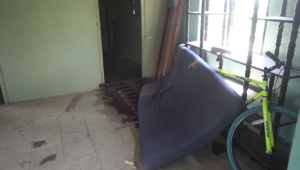 The incident has been reported to police. No suspects have been detained although investigators major crimes unit are reportedly pursuing leads.