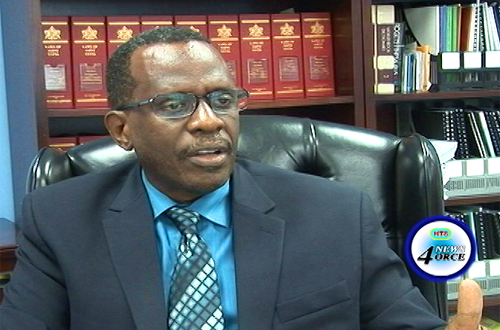 Alison Kentish May 23, 2015 Breaking News Comments Off on Pierre on Chastanet’s candidacy

The political climate heated up this week, with confirmation by Micoud South MP Arsene James that he would not be seeking reelection. The move paves the way for UWP Leader Allen Chastanet to contest that seat.
Deputy Prime Minister Phillip J. Pierre, though not delving deeply into this new development, told HTS NEWSFORCE this week that the no seat is safe until the last vote is counted on election night.

On Tuesday, the UWP Micoud South constituency branch approved Allen Chastanet’s candidacy, following incumbent MP Arsene James’ announcement that that he will soon bow out of active politics.
UWP members are hedging their bets on that seat being a ‘safe’ one for the party, hoping it will ensure the UWP leader is elected, after losing to Harold Dalson in Soufriere at the last general election.
However, Deputy Prime Minister Phillip J. Pierre has dismissed the notion of any seat being declared ‘safe.’