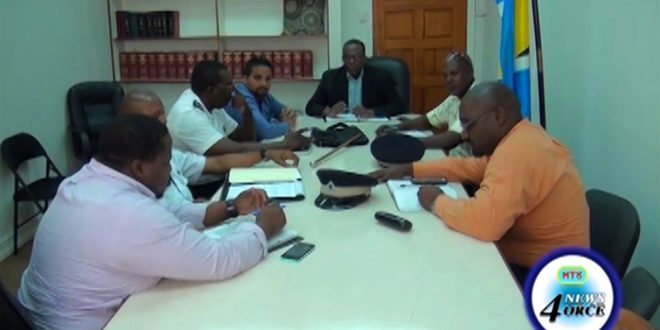 Pierre On Meeting With PWA

Leader of the opposition, PHILIP J. PIERRE says his meeting with the police welfare association (PWA) was very good.
President of the association, Travis Chicot revealed that the officers would be sitting down with the opposition leader, to discuss the IMPACS report, crime and promotions in the force.
The force has been hindered by the withdrawal of us security assistance under the Leahy Law because of fatal shootings by St. Lucia police during a crackdown on crime in 2010/2011.
Pierre was tight-lipped on the finer details of his face-to-face with the PWA when questioned by reporters outside parliament on Tuesday.

However, Pierre disclosed that the force is looking forward to improved working conditions.
Furthermore, he commended the police on a job well done despite the odds.

The SLP political leader says the meeting was cordial and a number of issues that affect St. Lucia were discussed during the sit-down.