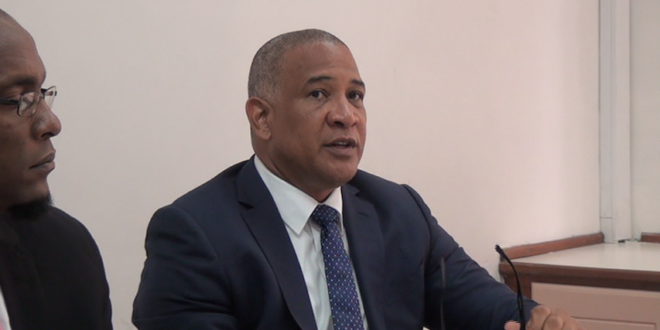 Since our last Press Conference in May shortly after the public protest march, we have heard nothing from the Government responding to the concerns of the people and to the questions raised by the Labour Party in relation to DSH. The silence of the Government cannot be allowed to continue. Answers must be provided to the people of Saint Lucia. You will recall the Prime Minister stated that phase 1 of DSH had been signed, sealed and delivered with the developer. Yet, we cannot get responses to some of the basic questions which were asked. Accordingly, the Saint Lucia Labour Party wishes to repeat some of the questions which were asked and we think which merits a response from the government.

You will also recall at our last Press Conference in May, I stated that the CIP Unit and Invest Saint Lucia has done assessments and had rejected the DSH application. In response, it was stated by the government’s spokespersons that I was misleading the public and a joint press release was issued. Today, I want to share with you two documents which I trust you will study and you will share your own opinion as to whether those documents highlight exactly what I said. Both documents show that the professional staff at the CIP Unit and Invest Saint Lucia  did not agree that the DSH submission rejected the submission should be approved.

I want to share with you the two documents and in particular, let me just got through on of the documents to give you an indication of some of what came out of the assessment by the professional staff as it relates to DSH.

In one of the documents, the point is made that the proposal which was received on March 8th, 2016 was the seventh submission by DSH for review and the comment is made that one common feature of all the previous submissions and the present one is that the project would not qualify under the current legislation. It is noted in the document that the CIP regulations provides for some measure of CIP financing and equity financing and that in submissions , almost 90% is CIP , the balance is equity put in by the developer of which most is in the form of his professional fees. In the submission for phase 1, the gross development cost is US $340 Million. The developer claims that during construction between 500-8-00 employees will be at the site. During the operational phase, for the race course operations, there will be 150 persons , for equine husbandry, 3000 persons, retail and F&B, 2000 persons , Hospitality and Gaming, 2000 persons. That’s the submission by the developer.  The assessment of the team says that it is important to note that despite the employment figures given, the developer has not provided any details of the operational aspect of the project in which the employment figures are based. The assessment goes on. Based on the CIP Units required, is a need for 990 CIP units. However the developer is asking for 1843 CIP Units which value is US $550 Million. There’s a difference of US $256 Million between the development cost and the value of the CIP units being requested. In response to the financial viability, the assessment goes on that the project is highly leverage and the probability of success is low. In conclusion, the team makes the point that based on the analysis of the proposal, it is recommended that the Pearl of the Caribbean not be given approval as real estate or enterprise project at this time.

At this point, we should call on the government to tell us what is the status of the CIP CEO . You would recall that the CEO was sent on administrative leave which means that the person had engaged in gross misconduct and was under investigation. It’s been a few weeks since that was done and we’ve heard nothing about the status of this individual, whether the individual is still being investigated , for what? Has the individual been terminated? We have no idea and I think it is that minister with responsibility the CIP clearly indicates to Saint Lucia, what was the issue the CIP CEO and why was she sent on administrative leave.

Saint Lucians need to know the status of DSH and in particular has the developer commence selling our passports even before the project has started.