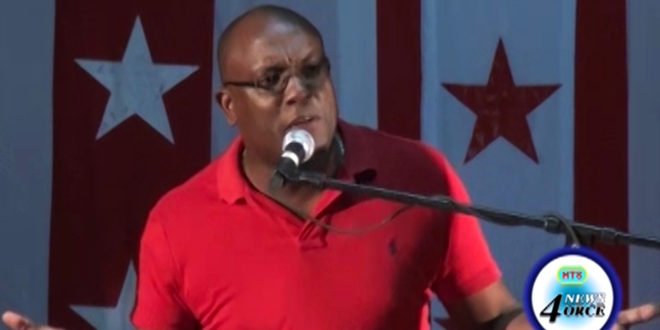 As promised by opposition leader Philip J. Pierre, the opposition parliamentarians who did not opine on the 2017 budget, dissected the appropriation bill on the Castries Market Steps dubbed “the peoples parliament” on Tuesday.
Dennery North MP Shawn Edward in his presentation bemoaned what he views as the poor state of affairs in parliament.
While Vieux Fort South MP, Dr. Kenny Anthony focused on a myriad of issues, Moses “Musa” Jn. Baptiste homed in on the performance of the current agriculture minister Ezechiel joseph.