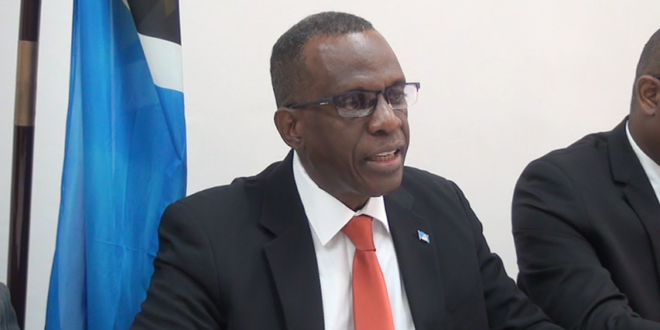 Opposition Leader Warns of Consequences from “desperate and suffering people”

With just over a year in office, the Prime Minister has been conspicuous by his absence which was made worse when he left the country for a 21 day vacation.  This was not a good time for a holiday. It was a time of unprecedented crime levels with homicides to date at 33 exceeding that of 2016.

The level of crime in the country is very worrying and requires urgent action by the government. The Saint Lucia Labour Party unlike the UWP in no way wishes to politicize the issue of crime, however the government has to re-examine its policies and its impact on the sudden increase in the incidence of deviant behavior and crime in our society.

Earlier this year hundreds of Saint Lucians lost their jobs due to the termination of the NICE programme.  The government’s response was callous and indifferent.  The ranks of the unemployed were recently increased by the closure of Radio Saint Lucia and a deep sense of despair created by the proposed closure of several other statutory boards.

Hence, the government is viewed as unfair and uncaring when they decided to fund a foreign private entity OJO Labs to the tune of millions of dollars in addition to payment of salaries to the workers.

As a government, the Saint Lucia Labour Party would be of a different orientation-protecting existing jobs and assisting St. Lucian entrepreneurs in starting their own businesses.

The economy of Saint Lucia is in a comatose state. People are clearly feeling the pinch of an economy hurting from ill-conceived policies of this UWP administration.

The government’s recent policy decision to increase the excise tax on fuel from $2.50 to $4.00, a 60% increase is already causing hardship for consumers. After criticism from the St Lucia Labour Party about the harmful impact of the policy, the government in a knee jerk response capped fuel prices at $12.75 per gallon. With the imported cost of fuel on the rise and fuel capped at $12.75 the government’s projected revenue is already not being realized. Incidentally had the government not increased the excise duty diesel would be $10.19 instead of $11.69 and gasoline $11.29 instead of $12.75 – $1.46 cheaper to the consumers and fishermen of Saint Lucia.

It is no wonder the economy is in a comatose state given that every job-creating economic initiative of the last Labour administration has been stopped by this government. The Choc to Gros-Islet highway and repairs to secondary roads which should have started employing hundreds of construction workers have been abandoned. The construction of the Administration Complex in Vieux Fort and Soufriere Square both abandoned dashing the hopes of scores of construction workers. They have frustrated the Wind Farm renewable energy project in Dennery.  A project that offered an opportunity to reduce our fuel imports and lower electricity bills to households, not to mention the effect of reducing the country’s carbon foot print.  The UWP government has heartlessly sacrificed the livelihood of many St Lucians in pursuit of a vindictive and myopic political agenda.

A Saint Lucia Labour Party when in office will never engage in selfishness, childishness and vindictiveness at the expense of the welfare of the people.

As if the economic challenges of ordinary St Lucians was not enough the country was faced with the embarrassing allegation about a Minister of Government who was subject to a search by law enforcement officers at a local airport.  Although, the Commissioner of Police and Minister of National Security denied publicly that the Minister was under investigation he tendered his resignation almost immediately after.  The Saint Lucia Labour Party calls on the Prime Minister to provide some clarity regarding the circumstances surrounding the minister’s resignation.

It is abundantly clear that there is no coordinated and purposeful approach by the UWP to the management of the country.  On one hand they promote investment but that investment is funded by the sale of Saint Lucian passports at a cheap price.

Our country is at a standstill, the government is preoccupied with promoting the selfish interest of its inner ring of friends and supporters at the expense of the majority. We call on the government to take positive steps to halt the decay, disillusionment and violence that is gripping the country. The people are indeed crying but the government is not listening. The Saint Lucia Labour Party calls on the Prime Minister to do something now or face the consequences of a desperate and suffering people.