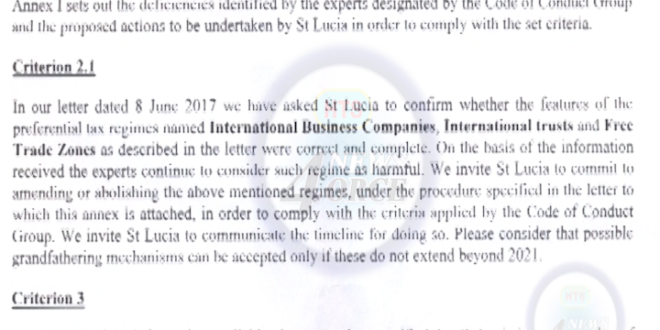 Opposition Leader Philip J Pierre has doubled down on claims that the Allen Chastanet government dropped the ball on the EU tax haven blacklisting of Saint Lucia.

It was announced this week that Saint Lucia was removed from the black-list to the grey list.

However Philip J. Pierre insists that the entire matter was shambolic episode which have been afforded.