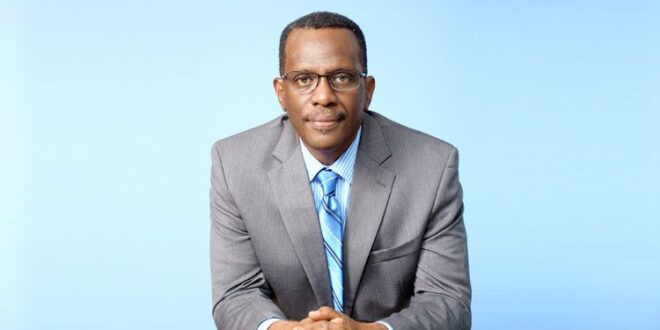 Leader of the Opposition the Hon. Philip J. Pierre

Justice Godfrey Smith awarded Pierre  a total of $40,000 in damages, including aggravated damages.

Pierre, who is currently leader of the opposition, had sued Guy Ellis – then Editor at the Mirror Newspaper, the Mayers Printing Company Limited and the Mirror Publishing Company Limited, which are both owned by Guy Mayers, over the publication of a letter to the editor.

Pierre claimed that the clear intent of the letter was to depict him as a corrupt, selfish representative who put his personal needs above those of his constituents.

The second libel suit which was heard jointly with the first, arose from the fact that the first claim had been struck out on January 13, 2014 for want of prosecution.

David Vitalis was then Editor of the Mirror which published an article on January 13, 2014 entitled “Libel Case Struck Out.”

However the case was eventually reinstated with judgement being handed down this week.

The judgment, said the second article repeated the allegations against Pierre contained in the first one, along with excerpts of comments from interviews with Guy Mayers and Guy Ellis.

According to the judgement, the defendants did not seek any comment from the claimant.

Guy Mayers was Pierre’s political opponent who had lost the previous general election to Pierre in December 2006 but had been appointed as a Senator and a Cabinet Minister in the United Workers Party (UWP) administration.

Peter Foster, QC and Sahleen Charles appeared on Pierre’s behalf while Leslie Prospere and Vilan Edward appeared on behalf of the defendants