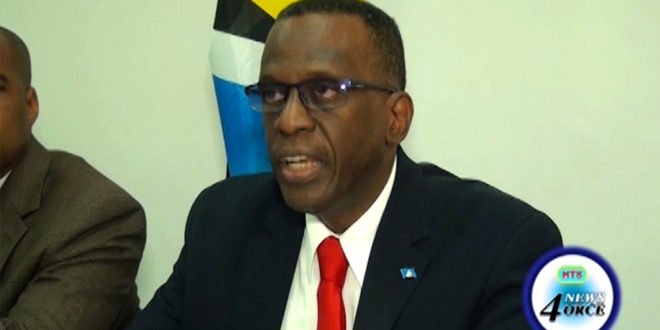 STATEMENT TO THE NATION BY LEADER OF THE OPPOSITION HON PHILIP J. PIERRE ON THE HEALTH CRISIS IN SAINT LUCIA MAY 14TH, 2018

Good evening fellow St Lucians, I feel compelled to address you on a matter that is causing much confusion, anxiety, fear and emotional distress to the citizens of our nation.

For the past 23 months, the Prime Minister and his cabinet have sent our country into a whirlwind of uncertainty regarding the provision of healthcare, in particular, the operations of our two major hospitals, St Jude’s in the South and the Owen King European Union Hospital (OKEU) in the north.

The Government has depended on finger-pointing and the blame game to substitute for advancing the completion and commissioning of our health facilities. Prime Minister Chastanet and his government are totally dismissive of the anxieties and concerns that have been generated by their lack of action and conflicting statements.

During its four and a half years in government the Saint Lucia Labour Party’s only intention was to complete the construction and reopening of St. Jude Hospital to alleviate the plight of patients   at the temporary premises at the George Odlum Stadium. We continued to seek grants and sourced a $20M US loan from the Taiwanese government; all of which contributed to bringing the hospital close to completion by the year 2016.

The conditions at the George Odlum stadium have worsened and are now grossly unsatisfactory for administering proper healthcare to our sick brothers and sisters. What is the government’s response to the call from all quarters of our society to proceed with the completion of the nearly completed St. Jude Hospital? They choose instead to put $12 million into maintaining the temporary hospital facility at the George Odlum stadium.

Indeed, there is need to undertake some work at the stadium to stabilize the roof and some other urgent repairs. From all professional estimates those repairs can be achieved for significantly less.  Why then is the government choosing to inject $12 million into the stadium instead of using that money to bring the St. Jude redevelopment project closer to completion. And, if the government takes the $12 million and adds it to the $27million which is still available from the loan secured from Taiwan, by the SLP Government, completion of the hospital can be achieved well within the estimated time projected by experienced engineers and architects.

With regard to the OKEU, the decision was taken in 2002 to construct a new hospital.  The Saint Lucia Labour Party is aware of the complexities involved in the construction of a new hospital and has never blamed the UWP for not completing construction of the OKEU Hospital during the years 2006-2011 when they were in office.

The SLP government had a health plan prepared by health professionals to commission the hospital and were in the final stages of initiating a Health Financing plan to allow accessible and affordable health care to all Saint Lucians.

The SLP government never at any time contemplated the divestment of public health care services or the health system’s assets to any private entity.

As a party we strongly believe that the provision of accessible and affordable public health care is the responsibility of government and should be under the control of government.   In 2015 we passed the Millennium Heights Complex Act to provide the legal framework for the running of the OKEU hospital as a Statutory Board after wide consultation and discussion with professionals and health experts.

It is therefore clear that as a party, the SLP had a well thought out and coherent plan, to operationalize and manage both hospitals at the earliest possible date. The implementation of these plans was brought to a halt on June 6 2016. The new government was entrusted with the responsibility to continue the effort to commission our two hospitals –

Let me take this opportunity to thank the nurses, doctors and other health professionals for their dedication and hard work under very trying circumstances.

All available evidence indicate that privatization of our hospitals was never part of the SLP government’s plan to manage our hospitals. The Saint Lucia Labour Party believes that quality and affordable health care is a basic human right as declared in the UN declaration of human rights charter.   It is therefore the responsibility of government to preserve and protect that right for every citizen and in particular those who are most vulnerable among us. It is a responsibility that must transcend party politics because people’s lives depend on it.

Resent revelations by our healthcare professionals about unnecessary deaths taking place because of the inadequacy of existing facilities, must be a source of constant worry to the population. Asking “why are they speaking now” is inappropriate. What should be asked is why is the government treating those professionals with such disdain.

It is most disturbing that on the healthcare matters confronting us, the Prime Minister and government spokespersons have chosen to communicate to the nation in half-truths and, in many cases, absolute untruths and contradictory statements. Instead of being fully honest and transparent with key stakeholders like the St Lucia Medical and Dental Association, the Nurses Association, the Trade Union Federation and the general public they prefer to engage in providing conflicting information and ascribing improper motives to those who call upon them to account for the worsening state of our healthcare system.

It is a cause of worry when a government that was elected to preserve and protect the citizen’s right to healthcare is now actively engaged in destroying public confidence in healthcare professionals by making disparaging comments about their competence. That type of behavior is an indication that the government has lost its focus and is callous and uncaring as it relates to healthcare.

It cannot be right that in the midst of so much public anxiety that no clear policy direction is being articulated by the government on our health care system. One day, St Jude’s will be demolished, the next it will be repurposed; then no decision has been taken on St Jude’s, and then on another occasion a new building will be erected.

And as it relates to the OKEU Hospital, one minute the transitioning of the OKEU is continuing; the next minute it is put on hold; then the OKEU will not be privatized but on another occasion, talks are ongoing with private interests from the Cayman Islands and Canada to farm out health care services.

In all of this let’s not forget the equally unacceptable conditions of health facilities in Soufriere following the fires at the hospital there. The Government has also chosen to abandon work in progress to upgrade healthcare facilities in Dennery North and Anse La Raye. Our healthcare system is truly in a state of crisis and needs caring and responsible leadership.

Fellow St Lucians, the provision of quality and affordable health care is a basic human right that must be taken seriously by government.  This issue of healthcare must not be used to score cheap political points. It is true, that the provision of public healthcare is a challenge for all governments and therefore must be handled with maturity and a commitment to preserve this fundamental human right for all our citizens.

The Saint Lucia Labour Party administration of 2011-2016 had commissioned a study financed by the European Union called “Development of a Sustainable Financing Mechanism for the Saint Lucia Health Sector”.  The study completed in March 2015 had been discussed by the officials of the Ministry of Health and Finance after extensive discussions with all stakeholders including community groups.

Several financing options were proposed including:

It is therefore not the time for political retribution, vindictiveness and playing the blame game. The reality is that people are dying on account of a worsening health care system while the government sits idly providing little hope of improvement to the health system. We cannot disregard this plea from the SLMDA, which I quote: “These deplorable circumstances in which we are expected to deliver healthcare services to the public accounts for the poor quality of our healthcare delivery outcomes and increasing numbers of unwarranted deaths, all continuing to spiral out of control.” Unquote.

These are the words of medical professionals. How long will it be before we or people close to us become victim to those circumstances? We cannot afford that risk. Our government must work every day to minimize that possibility. Putting a hospital project on hold for two years, when money is available to continue the work, is unconscionable.

Most Saint Lucians do not have the privilege of accessing health care overseas when local services are not available or inadequate.

The government needs to treat the present situation of health care in the island particularly in the south as a matter of urgency, and with greater importance than investments in horse racing infrastructure and associated gambling facilities. The energy, drive and determination to facilitate a horse racing track and the well- being of horses is in shocking contrast to the time, energy and commitment given to the sick and vulnerable citizens at the George Odlum stadium. The Prime Minister is prepared to destroy a $21 million meat facility, the subject of a gift from the Republic of China on Taiwan and the abandonment of a near $100 million St Jude’s reconstruction project to accommodate an investment in horse racing infrastructure – which in his own words will not be a profit-making venture.

While the government and its surrogates obfuscate, ascribe blame, continue to debate which political party should have completed the hospital, which door or corridor is too small or whether germs can penetrate drywall, people are dying, mothers are losing their new born babies, families are having anxious moments about the condition of loved ones at the George Odlum stadium.

The government must not continue to ignore the attempt by the Opposition, civil society groups, health, construction and engineering professionals to obtain clarity on the government’s plans for the hospitals. The Prime Minister cannot and should not continue to brush aside, snub, attack and even label as acts of terrorism genuine concerns expressed from so many quarters of our society

A nation’s health is not a game of ‘hide and seek’ for information nor should it be an opportunity for foreign investors with no vested interest in our people other than taking advantage of an opportunity to make profits, at an added cost, on the provision of health services to them.

The provision of accessible and affordable health care is the fundamental right of every citizen and the government must make it among its top priorities. The SLP has always advocated Universal Health Care and under the first phase of Universal Health Care distributed free medication to diabetic and hypertensive patients.  The government has not demonstrated that it cares about the people it has been entrusted to represent.

I call on all St Lucians at home and abroad to put aside their differences and come together to keep the pressure on this government within the framework of the law to ensure they provide accessible and affordable health care for all our citizens in the shortest possible time.

In closing, I take this opportunity to invite all Saint Lucians to a rally for St Jude and the fight for healthcare on Sunday 20th  May outside the Vieux Fort Square starting from 5.00 p.m. Come and show your concern.