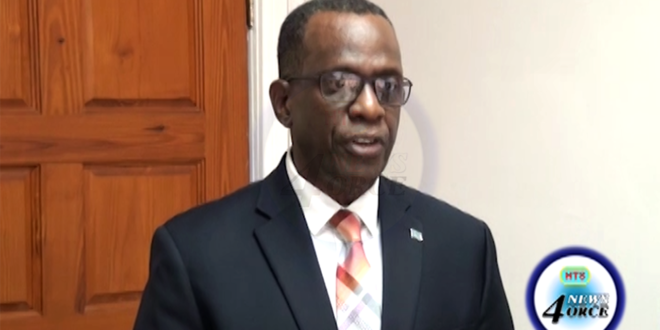 (CMC) –  Leader of the main opposition St Lucia Labour Party (SLP), Phillip Pierre has defended the decision of Opposition legislators to boycott Friday’s swearing in ceremony for new governor-general, Sir Neville Cenac saying he does not have the full confidence of the population.

Sir Neville, 82, was sworn in Friday at the House of Assembly replacing Dame Pearlette Louisy, who had been in the position for 20 years.

The SLP has been at odds with the manner in which the Allen Chastenent government went about replacing her.

“Had the Prime Minister followed the convention and good governance practices, he should have consulted the Leader of the Opposition on the appointment of the Governor General. Had he done so, he would have been cautioned against the risk of potentially bringing the office into disrepute and derision given the unprecedented election events of 1987.”

“As it turned out, he did not, and failed to follow the precedent set by the St Lucia Labour Party government in 1997 in consulting the then Leader of the Opposition before the appointment of Dame Pearlette Louisy. The result of his high-handed approach to governing the country is now bearing fruit. The country is divided and polarized on an issue that should be acceptable to the majority,” Pierre said.

Former Governor General Dame Pearlette Louisy demitted office, under a cloud of controversy on whether she was forced out.

Dame Pearlette served in the position for just over 20 years, becoming one of the longest to hold that position in the Commonwealth.

Meanwhile, during the swearing in ceremony, the new governor-general urged everyone to be his/her brother’s keeper as this was the only way peace and prosperity can return to the land.

He said as governor-general he is there to serve in the interest of the opposition.

“I am not less the Governor General of the Opposition for being appointed by the government,” adding that the governor-general is a symbol of unity who binds all together as one.