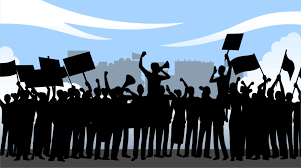 ONE to Join SLP Protest

A second organization has pledged to support an upcoming protest by the main Opposition the Saint Lucia Labour Party scheduled for May 17th in Castries. The Concerned Citizens of Saint Lucia confirmed their participation on May 16th and, now the Organization for National Empowerment (ONE) – a minority political group has joined the fray.

Review their press release issued on May 16th below.

The Organization for National Empowerment (ONE) has accepted an invitation from the St. Lucia Labour Party to join its proposed March scheduled for tomorrow Wednesday May 17th 2017.

The party is of the opinion that the March is timely in that it seeks to highlight some of the major issues in the country at this time which the government has shown an unwillingness to address.

In the recent past ONE has commented on several of the issues raised by the SLP in relation to the March, this include:

However the most important issue facing the country at this time is the government’s signing of the massive DSH Agreement without any consultation with the public and it’s unwillingness to renegotiate an obviously insane Agreement.

The party calls on all is supporters, friends and well-wishers and indeed all right thinking and patriotic St. Lucians who care about their country, to turn out in large and support the March.