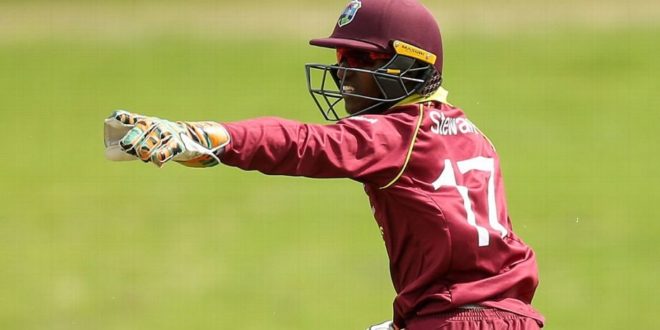 [ESPNcricinfo] “The umpires asked me just one question. ‘Did you ask him to throw the ball to you?’ I said I didn’t.”

This was West Indies captain Emmanuel Stewart explaining his side of the story after an appeal from his team for obstructing the field was upheld at the Under-19 World Cup. South Africa opener Jiveshan Pillay had got a thick inside edge onto the pad, and the ball rolled wide of the stumps and came to a standstill. As there was a break in play, substitutes ran in with drinks under the assumption that the batsman had taken a break. Even West Indies’ boundary riders seemed taken aback by the appeal initially.

“We had the choice to ask the question, which we did so,” Stewart said. “He was given out within the laws of the game. On reflection, I thought our appeal wasn’t in the spirit of the game. Moving forward, if I’m in such a situation, I’d withdraw the decision to go upstairs. My team-mates share the same sentiments.”

After the match, Stewart insisted he was aware of the rules, which states a batsman can be given out obstructing the field if he uses the bat or any part of his body to return the ball to the fielder while the ball is in play. “I appealed, not with the intention of going upstairs. There were a couple of appeals on the field and the umpires heard it, so they decided to have a look at it.

South Africa’s coach Lawrence Mahatlane didn’t seem to make much of the issue at the innings break when he said his team will hopefully “learn for a long time from it”, but Raynard van Tonder, the captain, admitted to being angered by the turn of events.

“As it happened, the team wasn’t really happy. But if you think about it, that is the rule. We made a mistake and we paid for it,” he said. “I think all of us are aware of the rule. But the way we play back home and what we’re used to is different… Like the ball wasn’t even going to hit the stumps. People talk about gentleman’s game. We want to play hard on the field but we still want to be friends off the field. Also, you don’t want to do silly things that aren’t part of the game.”

While van Tonder didn’t even explore the possibility of asking West Indies to reverse their appeal, he made his displeasure clear at the post-match press conference. “That is a rule, but there is also the spirit of cricket. There can be instances where a captain can step in and say ‘well, I don’t think that is a good call’. We’ve seen it before. I think it was a great opportunity for their captain to just step in and say maybe that wasn’t right.”

South Africa’s wicketkeeper Wandile Makwetu, also their most capped Under-19 player in the squad, explained his take on the matter when he was asked if it would be easier if players didn’t have dual codes to live by: one being the rules and the other being the spirit of the game.

“The spirit of cricket is a bit of an unspoken code. The laws are fixed and you can read them and you can see them. Spirit of cricket is just something that the guys know about, that’s how we play the game,” he said. “Today when we were fielding, there was one catch that didn’t carry all the way to me. I could have easily said to the umpires – knowing that it hasn’t carried – to go upstairs and check. But I knew it didn’t carry. So in an instance like that to put your hand up and just say we’re doing the right thing because it’s fair play, that’s the way we should play the game.”

This is the second instance a controversial dismissal has been debated this intensely this month. Last week in Brisbane, Brendon McCullum felt George Bailey “missed an opportunity” to uphold the spirit of cricket following an obstructing the field appeal against Alex Ross at a crucial juncture in a BBL game.