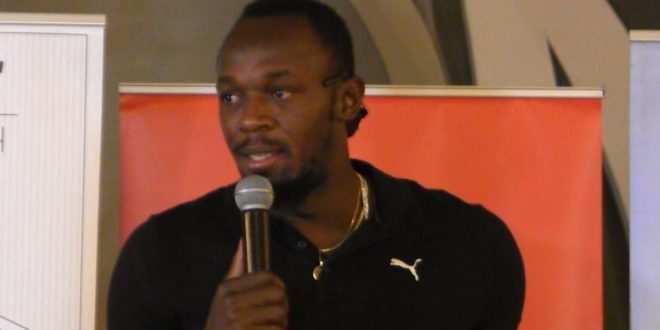 Usain encouraged the youth saying, “I’ve been through injuries through my whole career. If I had given up I would’ve never been the fastest man in the world. I mean, I have Scoliosis which is a back problem, which is always causing problems but I want to be great. So I figured out what I needed to do to make sure this was not a problem.” 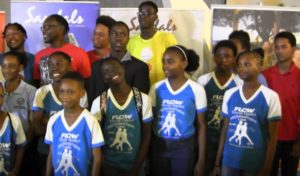 He went on to reveal that his favourite cricket team growing up was Pakistan, and not the West Indies as many may have thought. He attributed his love for cricket to his father, who was an avid fan of the sport.

The sprinter, who gathered 8 gold medals at the Olympics, shared the wise words given to him by his coach growing up.

“Listen, everybody on the circuit has talent, it’s who works harder at their talent to be great, that will be the greatest.”

Bolt retired from athletics after the World Championships in 2017. He attended St. Lucia’s Carnival events Opium and Famalay on Wednesday night. He was also joined by former West Indies T20 captain Daren Sammy, and Dwayne Bravo, who also encouraged the youth at Thursday’s meet at Sandals Resorts. 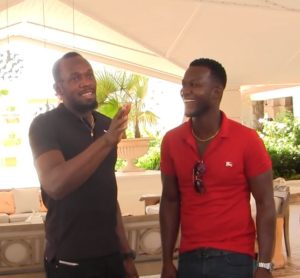 Bolt was expected to take questions from the young athletes in attendance at today’s event, however it was cut short, due to its late start. Following the event, he made a quick stop at Digicel in the Castries boulevard branch, to meet with some of his fans.

2019-07-11
Liz-Anne De Beauville
Previous ENGLAND TO FACE NEW ZEALAND IN ICC CRICKET WORLD CUP FINAL
Next ARE YOU READY FOR THE 2020 NATIONAL CENSUS ?