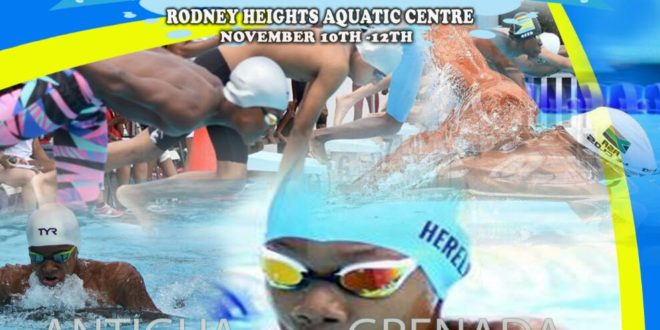 The 27th annual OECS Swim Championship officially starts this afternoon at the Rodney Heights Aquatic Center. Team 758 will do battle against Grenada, Antigua, and St. Vincent.

This year’s event will be without the participation of Dominica, due to the devastation caused by Hurricane Maria in September. Despite their absence, SLASA, as well as a number of the local swim clubs have shown their support through donations and prayers.

In an interview with HTS Sports, St. Lucia’s captain of the male’s division Jamal Archibald, says coming together as a team for the first time has been fun, however it took alot of work to get to where they are today.

Captain of the female division, Mikaela Casimir expressed her confidence in the squad. She says based on the performances at the OECS Swim Trials recently, she believes that the 2017 team has what it takes to break a few records.

Antoine Destang, and Naima Hazel are just a couple of the swimmers expected to make waves for the island. Grenada and St. Lucia have tied with a total of 13 wins over the years.