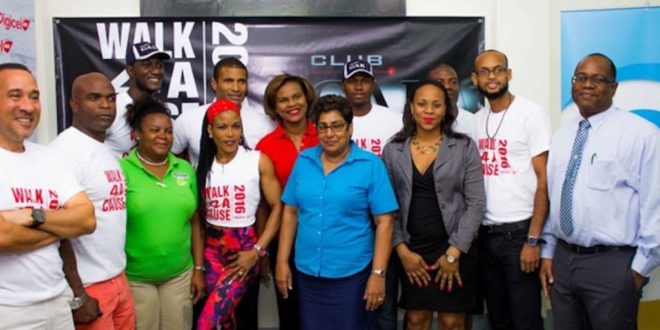 The OECS Commission is calling upon the public to support “Walk 4 a Cause” 2017 to raise awareness on the global issue of domestic violence. 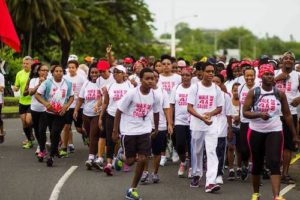 “Walk 4 a Cause” was originally launched in 2013 and sponsored by Digicel and Club Gar as a sensitization campaign to aid in the fight against prevalent diseases impacting society. Since the inaugural opening, the event has attracted thousands of participants and has raised vital funding for numerous diseases awareness and treatment.
Director General of the OECS, Dr. Didacus Jules said that “Walk 4 a Cause” was a valued event to foster community spirit and to sensitize citizens from all walks of life to problematic issues affecting society while raising funds for deserving charities and causes.

“According to the World Bank, Saint Lucia recorded one of the highest rate of diabetes throughout the Caribbean with ten percent of its population affected, so we applaud ‘Walk 4 a Cause’ that last year raised awareness and vital funding to arrest the rates of this terrible disease.

“This year we are again proud to support ‘Walk 4 a Cause’ to break the silence on domestic violence which is not only a complex issue but one that requires a whole of society response. The OECS Commission as a gender sensitive organization is proud to partner with ‘Walk 4 a Cause 2017’ which is ultimately about upholding the human rights of those members of society predominantly affected – women and children,” said Dr. Jules.

Several other stakeholders have renewed their partnership with ‘Walk 4 a Cause’ including KFC, Lucelec and Blue Waters. Thousands are expected to take part in the 2017 event on May 28 in Saint Lucia.