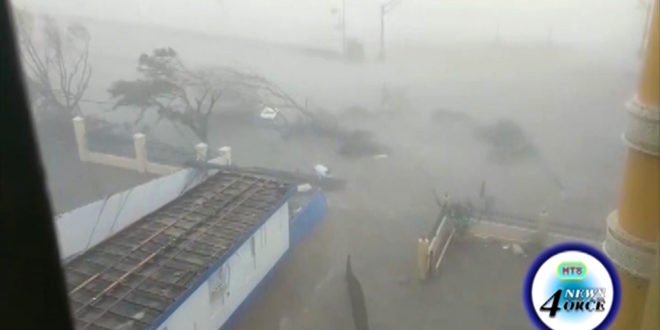 Press Release:-In a statement to the House of Assembly on Tuesday September 12th Prime Minister Honourable Allen Chastanet, also Chairman of the Organisation of Eastern Caribbean States (OECS), outlined the devastation he had seen when he visited some of islands ravaged by Hurricane Irma. In the Caribbean it has been reported that over 30 persons have perished due to the storm; ten of those deaths in Cuba.

On Sunday, the Honourable Prime Minister, along with the Prime Minister of Dominica Honourable Rooselvelt Skerrit and the Director General of the OECS Dr. Didacus Jules visited Antigua, Anguilla, St. Kitts and the British Virgin Islands.

Prime Minister Chastanet noted that the OECS will convene a meeting on Wednesday to discuss the situation further and deliberate on providing increased relief to those affected. Saint Lucia’s Prime Minister noted that from the outset of the impending hurricane Saint Lucia was mobilizing to assist the region.

“Saint Lucia, as you know, has been offering all kinds of assistance to the affected countries. We have offered free landing fees and we have offered to keep our airports open. Clearly the road to recovery is going to be long and arduous and extremely expensive.”

Saint Lucia has also been seeking out nationals in the affected countries and assisting families in making contact. In some cases evacuation to Saint Lucia has been arranged for some as well as accommodation.

An important aspect of the recovery, the Prime Minister noted, was the impact on the studies of students.

“Clearly most of the families here in Saint Lucia would recognize that September is the beginning of a new school season,” stressed the Prime Minister adding that he was especially concerned about continuity for students in forms four and five of secondary school in the devastated countries.

“The good news is we do have a precedent that was established when we had hurricane Ivan in Grenada, in which the OECS and Caricom countries adopted kids from Grenada to assist them during that one term while Grenada was recovery and we may have to do something very similar in this instance.”

This and other areas of assistance will be discussed at the OECS meeting.

Saint Lucians who wish to donate to the effort or require more information can contact the National Emergency Management Organization (NEMO) http://nemo.gov.lc or visit http://www.cdema.org/.

2017-09-13
Previous Two Reportedly Injured In Bocage Shooting
Next PM: “Security not at risk”