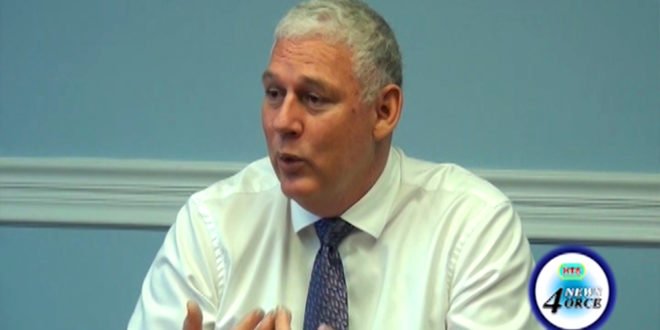 [Press Release] The Member States of the Organisation of Eastern Caribbean States have been working assiduously with the OECS Commission and their joint Embassy in Brussels to address the ongoing challenges raised by the European Union’s prescriptions on international standards on transparency and exchange of information in relation to financial services.

The reality is that in an increasingly competitive and unpredictable global environment many traditional partners are advocating policies that promote national interests, many of those protective in nature and take very little account of the impact on small economies like ours.

OECS Chairman and Prime Minister of Saint Lucia Hon. Allen Chastanet said that with the loss of preferential market access for bananas and sugar, and non-tariff barriers for other products, practically all of our economies have had to make difficult transitions from agriculture to full services such as financial services and tourism and these transitions have been made more difficult by the requirements of multiple external policies.

“The graduation of small states to Middle and High Income status is one example of the policy prescriptions that do not take account of the vulnerabilities that significantly affect our ambition to achieve resilient and sustainable development.

“The UN ECLAC reports that from 1990 to 2017 the Caribbean has been hit by 328 natural disasters causing 31 billion US dollars in damage and this disaster linked debt represents around 70% of the Government debt of the region.

The ongoing challenge we confront regarding financial services and taxation is the changing and evolving criteria required to be considered a “cooperative jurisdiction” and the lack of a single international body which is recognized by all, as the standard setter” said Chairman Chastanet.

Differing international tax administrators and standards become counter – productive and overly burdensome for small resources constrained economies. The list of criteria (published 8th November 2016 by the EU) includes a requirement that the jurisdiction should “have no preferential tax measures that could be regarded as harmful”.

Sharlene Shillingford-McKlmon, Charge d’Affairs, ECS Embassy, Brussels said OECS Member States have all made commitments to ensure that they meet the compliance requirements and a high level Virtual Working Group involving Financial Secretaries and other key stakeholders led by the ECS Embassy in Brussels have successfully supported Member States in their de-lisiting process.

“This effort continues with the remaining Member States as they have all made the necessary commitments and it now remains for the EU to undertake the final review of their submissions” said Ms.Shillingford-McKlmon.

Even while we seek reclassification as cooperative jurisdictions, it should be noted that tax incentives remain one of the few policy tools left to Eastern Caribbean Governments to attract investment. This is of great consequence as the leading economic sectors of financial services and tourism are both highly dependent on tax incentive regimes. The struggle therefore continues for EU acknowledgement of the special circumstances of the Eastern Caribbean States and to respond in kind.