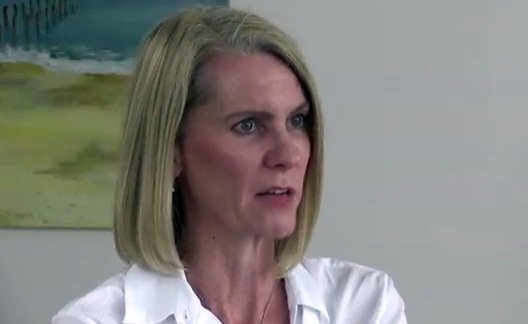 Georgina Mortimer, who was raped while on holiday in St Lucia.

A doctor who was raped while on holiday in St Lucia believes her attacker will never be caught due to the “woeful” response from police.

Mother-of-two Georgina Mortimer had booked a 10-day stay on the Caribbean island in February last year with an all-female sailing school.

But on the second night of her trip, she endured a horrific assault which took place in the room of her villa at Rodney Bay.

The 46-year-old, who grew up in Norwich, woke up in complete darkness to find a man with his hand around her throat, raping her.

Eighteen months on and the events of that night still haunt the former City of Norwich School pupil.

But she has waived her right to anonymity to highlight what she claimed to be a sub-standard response from St Lucian authorities.

Mrs Mortimer travelled to island in 2016 with the aim of learning to sail.

The Oxford University graduate had been staying in a villa provided by the company Girls For Sail, which is based on the Isle of Wight.

But on the night of February 6, she was raped in her room after returning from a street carnival.

Mrs Mortimer, who now lives in Hertfordshire, where she works as a doctor, said: “I was woken from a deep sleep and there was a man on top of me with his hand arched around my neck.

“It was one of those things where you can’t believe it is actually happening, it was terrifying.

“I was thinking about all of the people I loved and thought that I was going to be snuffed out.”

“But when something like that happens you have this laser-like focus on survival.

“I felt that the only thing I had to do was to not fight this person, because I was only just getting enough air into my lungs.

“I was saying to him that I couldn’t breathe.”

She said was saved when another man knocked on the door to her bedroom after hearing that she was struggling to breath.

As he opened the door, the attacker ran out of the room and fled the scene.

But her ordeal was far from over.

After going to hospital for further examinations, police asked her to return to the

scene of the attack to provide a statement.

Bizarrely, Mrs Mortimer claimed it was done so in the presence of the police officer’s four-year-old daughter.

“The response from authorities was just woeful,” Mrs Mortimer said.

“I was told in June [2016] that police had still not processed my DNA samples because there was no lab on the island.

“They then said there was no point processing it until they had DNA from the suspect.”

Mrs Mortimer, whose surname has been changed to protect her identity, said she eventually heard that the samples had been tested, but was told no DNA evidence was found.

“As far as I am concerned, that is inconceivable,” she added.

“But the way the police were out there, they were so useless and I just thought from the beginning it was not going to happen.

“As soon as I started doing research, I found there were lots of unsolved crimes.

“I don’t think for a second they will catch the man who attacked me.”

On her return back to the UK she was required to take a 28-day course of medication to stop any potential spread of HIV.

But she had to wait a further three months to find out that she was all clear.

Speaking about the impact it had on her life, Mrs Mortimer said: “It was horrendous having to go back to work.

“I still feel nervous coming into my house when I get back and I lock my bedroom door if I am home on my own.“

Her story comes just months after Norwich widow Margaret Pratt revealed that she was still fighting for justice after her husband, Roger, was murdered on the island in January 2014.

Now, Mrs Mortimer has taken part in a round table discussion with Mrs Pratt to warn other holiday-makers about the dangers of travelling to the country.

She said: “I don’t think it [the Foreign and Commonwealth Office page] gives an idea of the gravity of the risks for tourists travelling to the country.

“This is an island that relies on tourism for its income. The island needs those tourist dollars which is why crime is swept under the carpet.”

“The last thing I would want to do is malign the general population of St Lucia because I was treated very kindly by the staff at the hospital.”

• Have you been the victim of crime in St Lucia? Email luke.powell@archant.co.uk

Margaret Pratt, pictured, has been fighting for justice ever since her husband Roger was murdered on the island three years ago.

The couple, who lived in Norwich, were attacked by four men on the night of January 17, 2014 while aboard their yacht, which was anchored in Vieux Fort.

Mr Pratt, 62, who was a member of the Royal Norfolk and Suffolk Yacht club in Lowestoft, was beaten in a “sustained attack” and suffered brain damage before going overboard unconscious.

She was told that DNA evidence had been contaminated, and that defence lawyers planned to challenge confessions made by the suspects in the days after the murder. She said they will argue that police did not give the accused access to a lawyer – invalidating their confessions, she said.

2017-08-22
Previous HTS Epoll – Is the Imposition of Visa Restrictions on Venezuelans Justified?
Next NURC to Host Stakeholder Consultation on Solar, Photovoltaic Electricity Generating