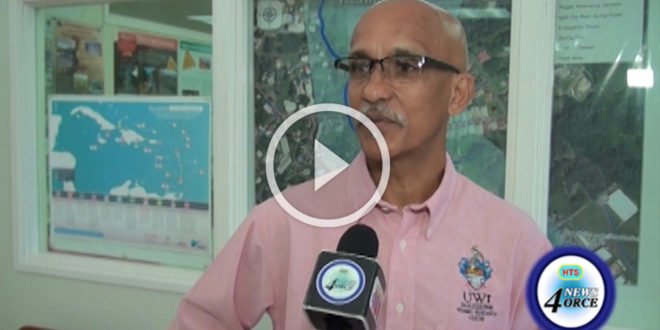 No Tsnunami Threat From Volcano Eruption

The director of the UWI seismic research centre based in Trinidad, Richard Robertson says there is no threat of a tsunami to Saint Lucia due to the recent eruption of the Kick’em Jenny volcano in Grenada.

The volcano erupted 8km north of saint lucia on the evening of Saturday April 29th leading to an elevation in the alert level to yellow.

However, Robertson who was in Saint Lucia this week for a prize-giving ceremony with the national emergency management organization (NEMO), explains that the heightened activity is not odd.

A 5 km maritime exclusion zone was imposed around the summit of the volcano due to the emission of gases deemed hazardous.

Seafarers are urged to proceed with caution in waters near the mountain.

The volcanic eruption was reportedly felt in northern Grenada.

Although the volcano currently poses no major threat, NEMO officials are reportedly in contact with authorities in Grenada and the UWI seismic research centre in Trinidad on the situation.