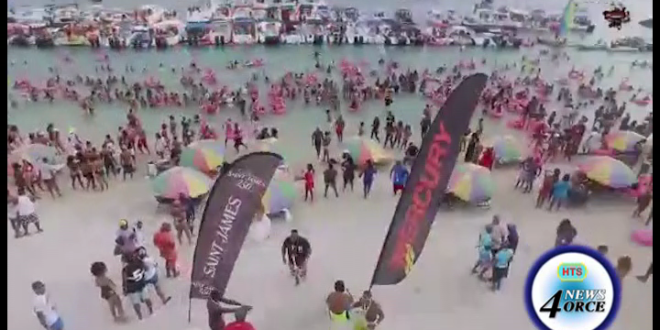 NO FREENESS AT MERCURY

The local promoter for the popular Mercury Beach event says they will be clamping down on attempts to seek “freeness” at the event.

By freeness, My Cuthbert Didier refers to attempts to circumvent the methods of entry by both the public and employees of the various stakeholder establishments.

Didier made his comments last Wednesday during a site inspection of the Pigeon Point venue by said stakeholders.

“Lucians like a freeness” has been a catchphrase used here for a number of years, referring to the fact that at many paid events, there are always people trying to gain free entry.

The Mercury Beach event is no exception – even by those charged with serving and protecting.

During last week’s walkabout, a senior officer of the Royal Saint Lucia Police Force expressed concern about off-duty officers who attempt to use their positions to enter the event without paying.

While they are not the only ones, Didier says there will be zero tolerance for this behavior. [Watch video]

There is also an issue with vendors, which Didier has described as [quote] “chronic” and not only endemic to Mercury Beach.

Boat owners are also reminded that they are allowed to carry coolers with drinks on their boats.

However, these coolers are not allowed to leave those boats.

Drinks should be containerized, preferably in a plastic container.

The former Maritime Consultant also warns against dropping bottles and cups into the sea.